What are you blogging goals for 2015?  Are the healthy for you and your blog?  Are they going to build numbers and your  integrity as a blogger?  It’s important that we think before we blog and that we blog professionally.  So many times “Bloggers” are given a bad name because of the drama on their blogs and their unprofessionalism.  This not only reflects on you you but on all of us as bloggers.

Blogging has become a way of life for many people.  A way to stay home, take care of your kids, and work.  A way to “Have It All” if you will.  So when you’re creating your posts remember that.  I was reminded yesterday that creating goals on paper and marking you achievements are important.  This improves your attitude and may even give you inspiration to keep going.

If your goals are to increase your traffic think about what you will have to post to bring in that traffic.  If your goals are to increase your content know that you’re going to have to work on subject matter and do a little research.  Content just doesn’t fall into your lap.  Words don’t come easy and writer’s block happens.  Be easy on yourself and know that the words will eventually come.

2015 is going to be a banner year, live love and laugh.  Enjoy all that is around you and you will find plenty to blog about and the rest of your goals will fall into place.

Holiday Contest and SweepsCo-Hosted By:

Life in a House of Tesosterone

1 – Lucky Winner will receive two of these beautiful Redwood Boxes
Holiday Contest and Sweeps is pleased to work with QMT Windchimes to bring you one of their  newest products, the 11″ x 11″ Redwood Square Planters

Grow your own flowers & herbs in style with a new redwood planter from QMT. Their embossed redwood deck planters are built from sturdy redwood boards and embossed with an attractive floral border. Naturally rot resistant, redwood planters will maintain their beauty through several seasons. These beautiful Redwood Planter Square  will add accent to your deck, patio, garden

and any location outdoors. 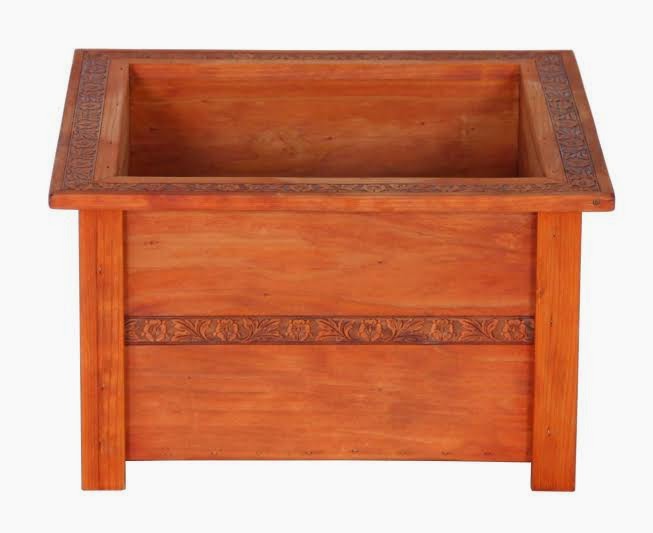 or email their Sales Dept – sales@qmtwindchimes.com

View Them On Social Media Today

This giveaway is in no way endorsed, affiliated, or associated with
Facebook, Twitter or any other Social Media Networking Site. This
Giveaway is valid in the Continental United States Only and Entrants
must be 18+ years of age to enter. This giveaway will end on 1/30.
Holiday Contest and Sweeps did not receive any for of compensation for
this giveaway in any form. QMT Windchimes will be solely responsible for awarding
and shipping of each prize directly to the winner.

Networking Perks and the posts on Networking Perks may contain affiliate links or sponsored posts. We may or may not receive a small fee for posts and images on this website

A Favorite Meal in our home is Smoked Sausage with veggies and Zantarain’s rice. The spicier the better. I like making it because it’s a time saver and a great meal for when we’re on the run or in a hurry.

Various Veggies.  I used the ones below but you can substitute anything.

Cook and brown sausage in a pot (you can use a skillet but hey why dirty 2 pans?).  Stir in Olive Oil and all veggies and cook until peas are thawed.  Pure in Zantarain’s Rice and make according to directions.  Simmer until done and you have an easy one pot dinner.  This usually takes about a 1/2 hour to make and feeds my family of 4 and leaves me with leftovers for lunch the next day!

Networking Perks is challenging more families to eat at home with the Eat At Home Challenge. Sitting down and eating together as a family is important; we take this time to disconnect from all the daily noise, technology, and social media, while reconnecting as a family. Meal time is also important that we provide delicious and nutritious meals to eat. Finding the balance between work, day-to-day activities, and meal planning isn’t easy, which is why we at Networking Perks want to start 2015 with the Eat At Home Challenge.

Enter to WIN a $25 Amazon Gift Card while at the same time building your recipe archive with delicious meals. Make 2015 the year of the family. a Rafflecopter giveaway

Disclaimer: Participating Blogs were not compensated for this post. No purchase is necessary to enter. One entrant per household, per address. Void where prohibited by law. Winner(s) will be contacted by email and have 48 hours to respond before a new winner is chosen. Networking Perks will be responsible for product shipment to winner of this sweepstakes. This event is in no way administered, sponsored, or endorsed by, or associated with, Facebook and/or Twitter, Google, Pinterest. Contact Karie@NetworkingPerks.com if you have any additional questions or comments.

The holidays are over and with that most bloggers stats are down, and that creates cranky bloggers.  While gallivanting around the internet I’ve noticed a lot of bloggers with a bit of a holiday hangover.  Pass them the ass-prin please!  I don’t know how or why some bloggers come to the conclusion that they can blog all by themselves and on their own.

Blogging is a community effort.  We all need each other. We are people and it’s our nature. Social media is called social media because you have to be…..(drum roll please???) SOCIAL! I can’t tell you how many working relationships and collaborations have been spurred from working with others! Make friends, smile, be happy, and be nice, it will get you a lot further!

James Brown the father of soul.  Very few people knew his story, now thanks to Mick Jagger and Universal you can see his story.  Get On Up is a must see movie.  It shows the struggles of the black south, civil rights, and the rise of soul music.

Pioneering American music icon James Brown goes from rags to rhythm-and-blues royalty in Get On Up, a spectacular portrait of the life of the charismatic performer, debuting on Digital HD on December 9, 2014 and on DVD and Blu-ray™ Combo Pack including Blu-ray™, DVD, and Digital HD with Ultraviolet™ on January 6, 2015 from Universal Pictures Home Entertainment. Director Tate Taylor follows up his Oscar-nominated breakout film, The Help, with an explosively soul-packed story filled with stunning remixes of Brown’s original recordings, dramatic recreations of the singer’s memorable stage moments and a mesmerizing star performance by Chadwick Boseman (42) as “The Godfather of Soul.” The Blu-ray™ Combo Pack also features over an hour of bonus material, including never-before-seen interviews with the filmmakers and cast, extended and deleted scenes and additional unforgettable musical performances.

Get On Up starsChadwick Boseman (42, Draft Day) in yet another career-making performance as Brown, with a stellar supporting cast that includes Oscar®-nominee Viola Davis (The Help, “How to Get Away with Murder”), Oscar-winner Octavia Spencer (The Help, Fruitvale Station), Nelsan Ellis (The Butler, “True Blood”), Oscar-nominee Dan Aykroyd (Driving Miss Daisy, Ghostbusters), Craig Robinson (This is the End, Hot Tub Time Machine) and Jill Scott (Why Did I Get Married,Baggage Claim).

James Brown’s ferocity, talent and ambition propelled him from his hardscrabble South Carolina roots to some of the most prestigious musical venues in the world, earning him a reputation as “the hardest working man in show business.” Get On Uptakes audiences behind the scenes of his brilliant, six-decade-long career for an uncensored look at the turbulent forces that drove the legendary performer.

The Blu-ray™ Combo Pack includes a Blu-ray™, DVD and DIGITAL HD with UltraViolet™.

Bonus Features on Blu-Ray™ and DVD

2 people are each going to win a copy of Get On Up, The Blues Brothers and a pair of Aviator Sunglasses.

Disclaimer: Participating Blogs were not compensated for this post. No purchase is necessary to enter. One entrant per household, per address. Void where prohibited by law. Winner(s) will be contacted by email and have 48 hours to respond before a new winner is chosen. The sponsor will be responsible for product shipment to winner of this sweepstakes. This event is in no way administered, sponsored, or endorsed by, or associated with, Facebook and/or Twitter, Google, Pinterest. Contact winterwitch@networkingwitches.com if you have any additional questions or comments.

Home Decor is important both visually and economically.  Visually, curtains add a look you’re trying to achieve for your home.  Economically, they can help you save on your energy bill.  In the Summer Curtains help lock the cool weather in and keep out the heat.  In the Winter it’s just the opposite, curtains help lock in the heat and block out the cold.

Lushes Curtains is headquartered in South El Monte, California and is your source for premium velvet curtains and backdrops. Lushes Curtains’ ready-made panels range in size from small to extra-large and come in your choice of either cotton or fire rated velvet materials. LushesCurtains is quality you can see and feel. Click here to read more about Lushes Curtains.

Enter this giveaway using the Giveaway Tools below after reading the terms. The prize is a $200 Gift Voucher for LushesCurtains.com.

We are so glad you are here and look forward to you becoming a part of the Networking Perks family!

Many times as women we are focused on home, family, money and trying to balance it all.  It’s not an easy task and is one that comes with very little appreciation, and turns our life into constant worry.  The key to it all is balance.  While we may never find that perfect balance we can work together to get as close to perfect as we can!

Our team of social media, business, finance, and marketing SME’s (subject matter experts) will help you elevate your business to the next level. At Networking Perks, our goal is to marry people together who will compliment each others strengths and exploit each others talents in a mutually beneficial environment.

Blogging is a team effort and no one can achieve their goals on their own.  We want to help bloggers be the best they can be both professionally, and personally.  Marketing Companies and Sponsors are looking for dedicated bloggers and if you’re working to make your blog the best it can be we want to bring you together!

Looking for Something Particular?

With over a decade in online social media presence, the team at Networking Perks is dedicated to helping you maneuver and stay abreast in a demanding technological world.